The Costa Rica Dental Team is a dental office located in San Jose, Costa Rica that specializes in dental tourism. This means we offer patients from the United States, Canada and all over the world an alternative to rising costs for dental work. We strive to offer high quality dentistry at a fraction of the cost. Our skilled staff has more than 12 years’ experience in extensive dental work and full mouth restorations. Many of these involve one or multiple crowns, bridges, and dental implants.

Oftentimes, patients come to us looking for a perfect, bright smile. Others come to us with missing, broken or damaged teeth and they ask for help to restore their function. When teeth are lost due to disease or injury, patients can experience complications due to rapid bone loss, shifting teeth, or changes in speech and mastication patterns. This results in significant discomfort. Dental implants can truly improve overall health and quality of life.

Our experienced dental surgeons have placed hundreds of implants at our clinic. We use Zimmer titanium implants, an FDA-approved implant system widely used in the United States as well. Here is what our patients have to say about their experience.

EXCELLENT Based on 61 reviews

nisi baier
Friendly, professional, detailed, and understanding of my anxiety in getting dental work done.

Christopher Bernard
My experience was excellent. The dentistry work performed was high quality. The staff was very friendly. Transportation to and from hotel was a bonus.

Stephanie Howard
I love this place. I have never before coming here had a painless dental experience. I had 3 root canal treatment and 3 crowns. All perfect and beautiful, all with out pain. I highly recommend Costa Rica Dental Team!

Colby Adams
I had a whole mouth reconstruction and am blown away by the results. Everyone here is friendly, caring, and professional. They kept me informed and made me feel more comfortable than any dental office I have ever been too.

carrie williams
Everyone here is very compassionate. They do amazing work and basically have a lab on site so everything is done as close to perfect as possible. I have gotten most of my implants Plus the guarantee their work for 10 years which is unheard of. I love this place and will continue coming back. They have given me my smile back again, I was missing teeth from the front. I now have a partial until the implants heal and get crowned.

Tommy Harper
3rd time visiting Costa Rica and the Costa Rica dental team. Each experience is better than the last. The staff is amazing and they make everything go so smoothly. They have done an amazing job fixing my dental issues and bringing my smile back to life. I have had root canals, crowns, fillings, bone graphs, and implants. I would recommend to anyone from anywhere for any dental needs!

Mark Szymankiewicz
Best dental experience of my life! I always had anxiety about visiting a dentist since childhood. The team at Costa Rica Dental are professional and courteous During a prior visit, I fell sick from food poisoning and the staff took awesome care of me. They drove me to the Dr and really made me feel special! Dr Jessica is the best

Hardy Underhay
This place is like a well oiled machine !!! Every part of dealing with them has been seamless and smooth. From landing at the airport to pick up, drop off, being seen by the dentists, their bedside manner is OUTSTANDING, the actual work, etc. Wow !!!! They put the USA to shame !!! Even getting my prescriptions at the pharmacy was a great experience. You walk in, hand them your prescription and 5 minutes later you have all your drugs in hand. Not to mention that they are very cost-effective and not a total insurance scam rip off. I am feeling good, no pain whatsoever. 👍 I would recommend Costa Rica Dental Team to anybody that has questions about taking the trip and not sure if it would be worth it.

Chris
I had a great experience during my two trips at Costa Rica Dental Clinic. The entire team is fantastic. Laid back , joyful but very professionals. Dr Mora, Dr Vitola, and Dr Briceno are amazing . Highly recommended ! 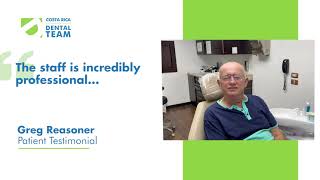 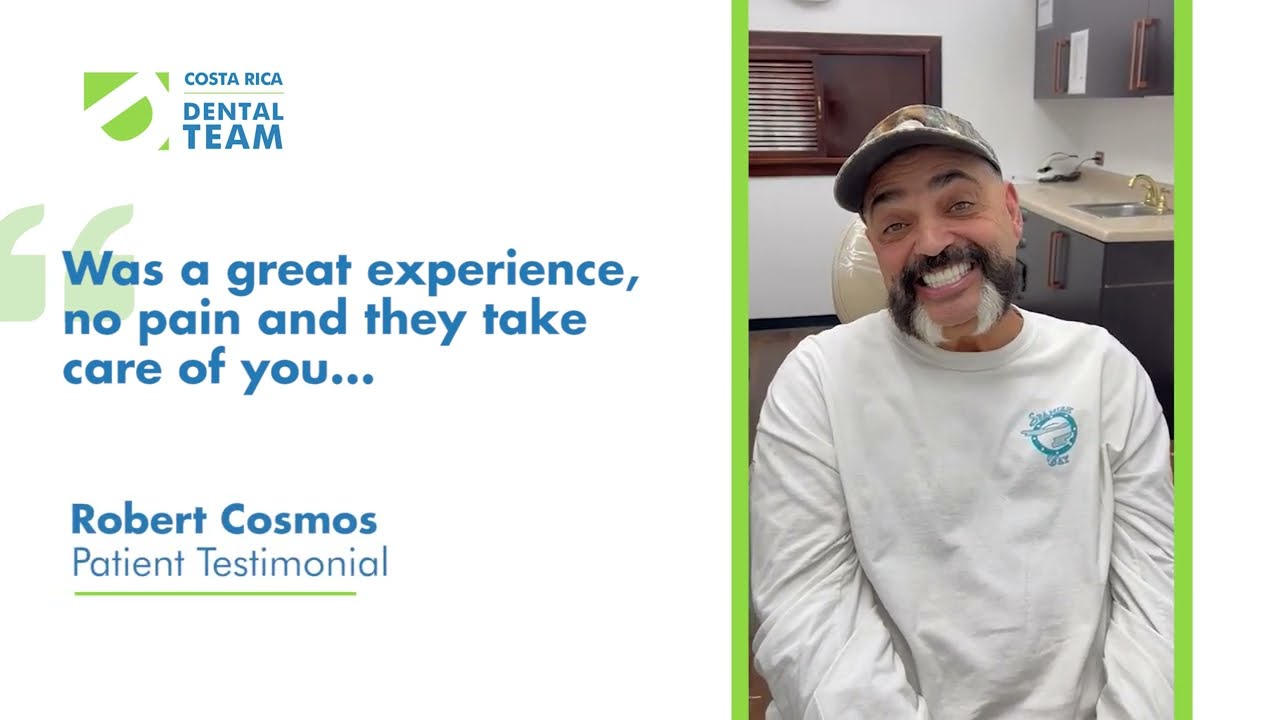 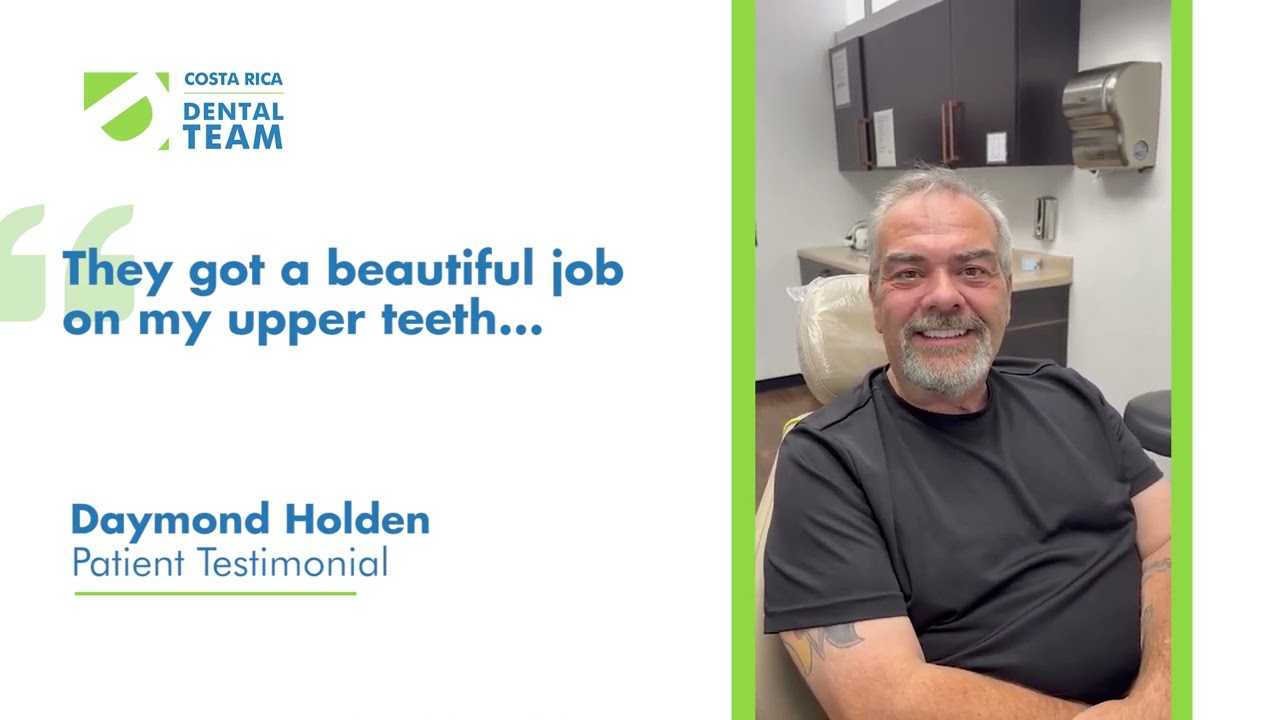 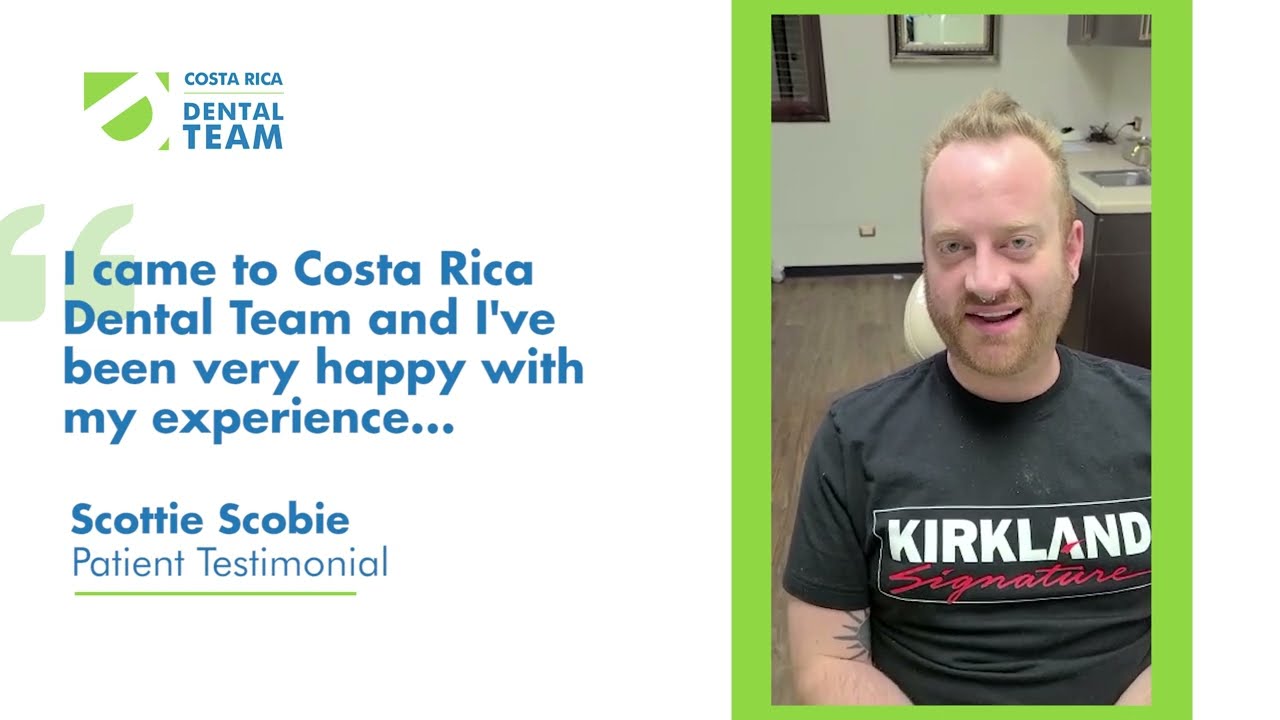 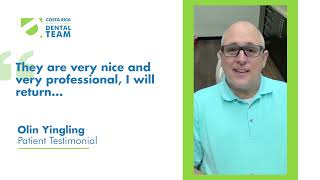 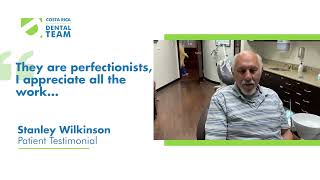 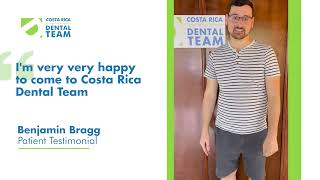 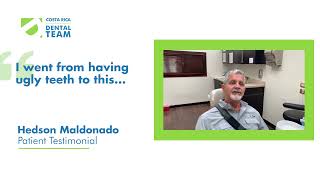 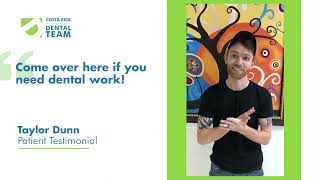 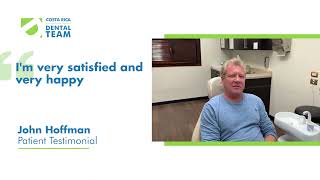 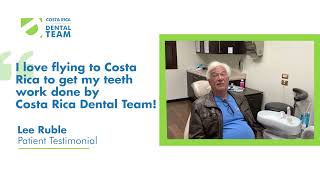 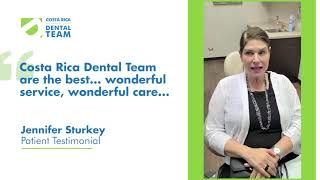 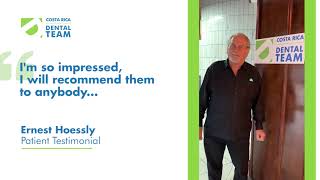 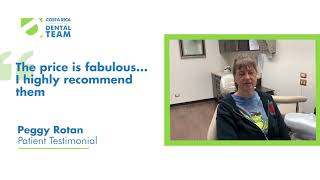 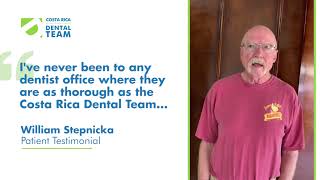 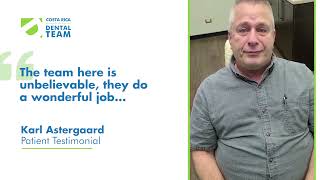 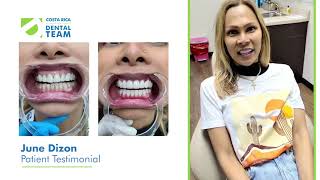 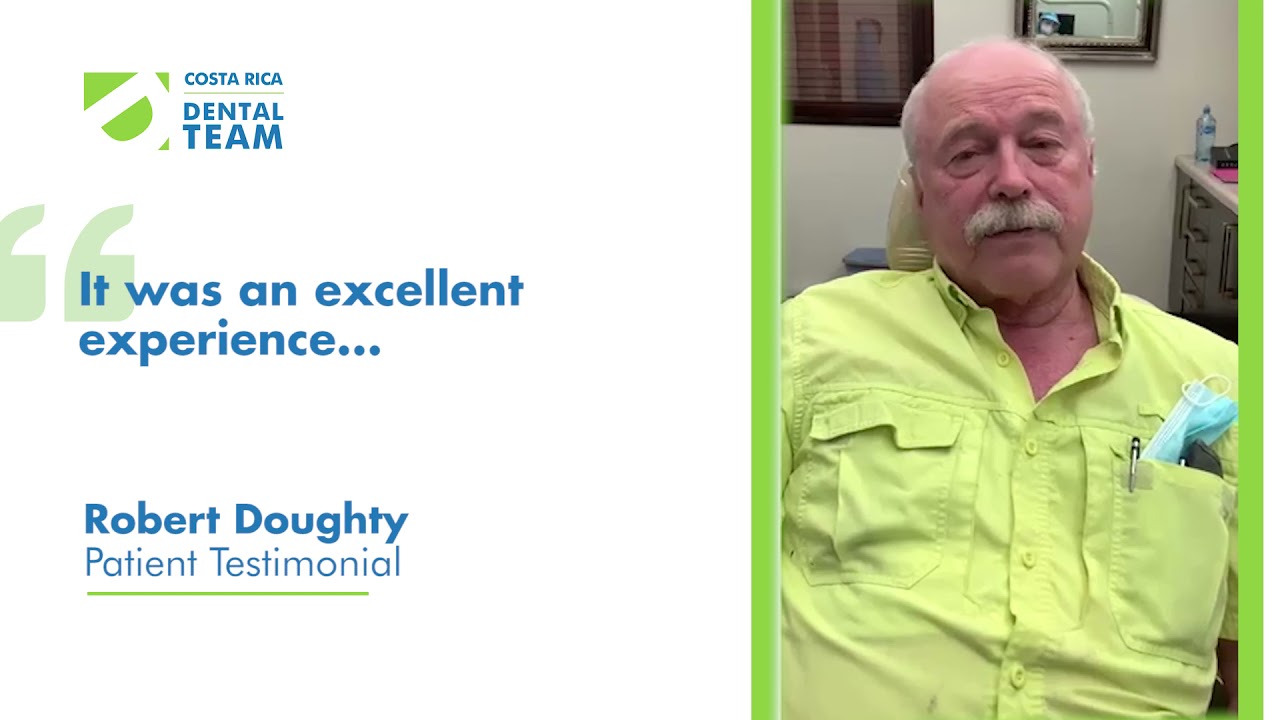 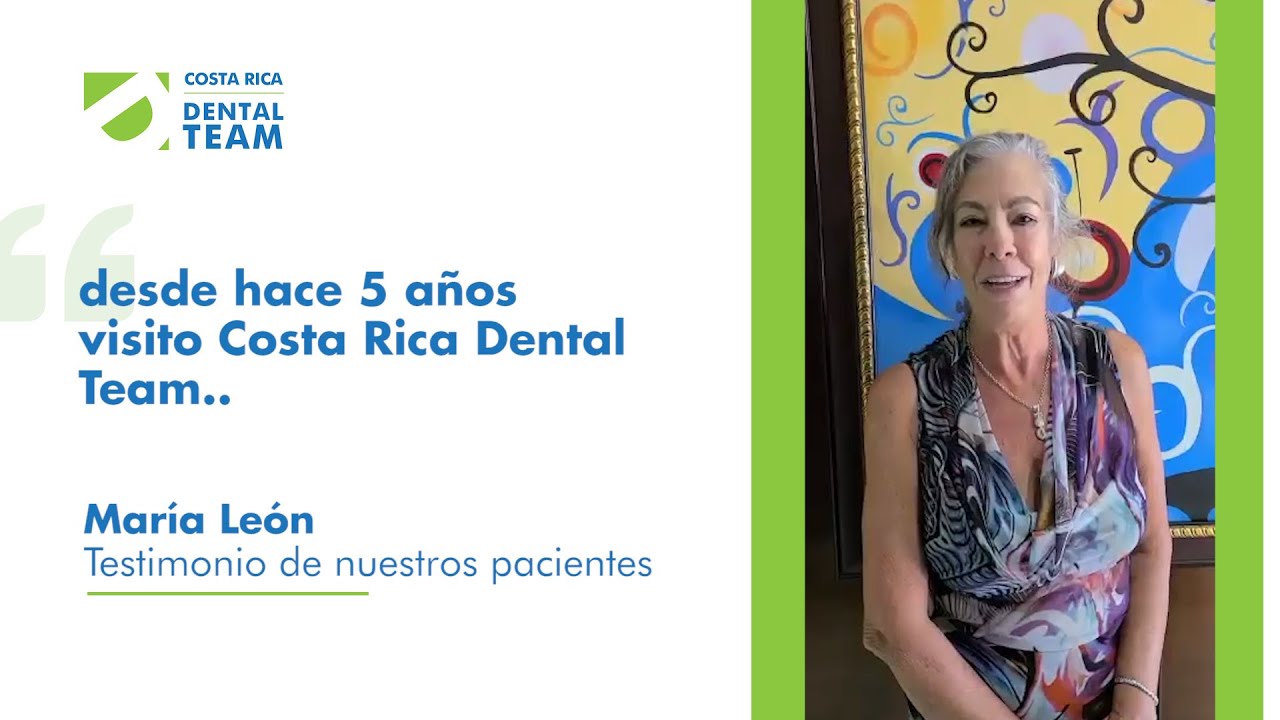 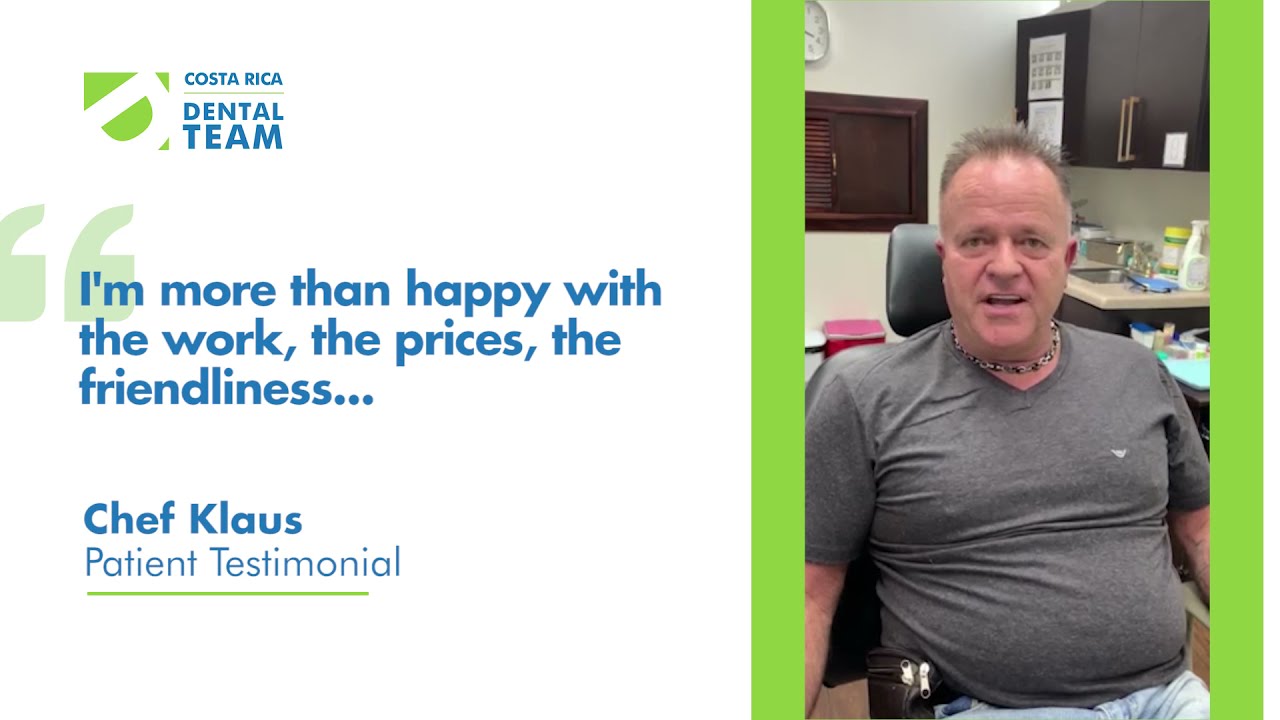 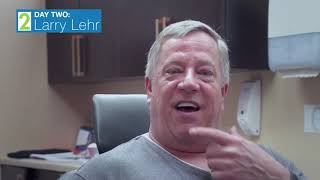 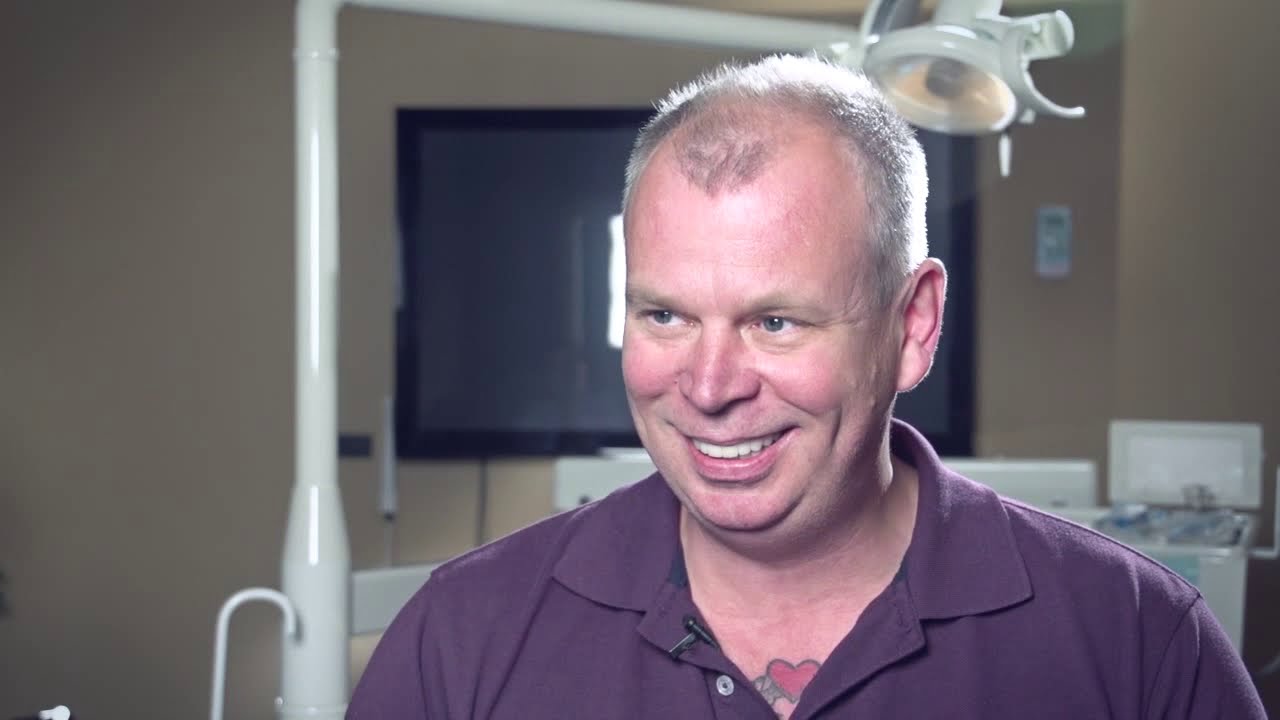 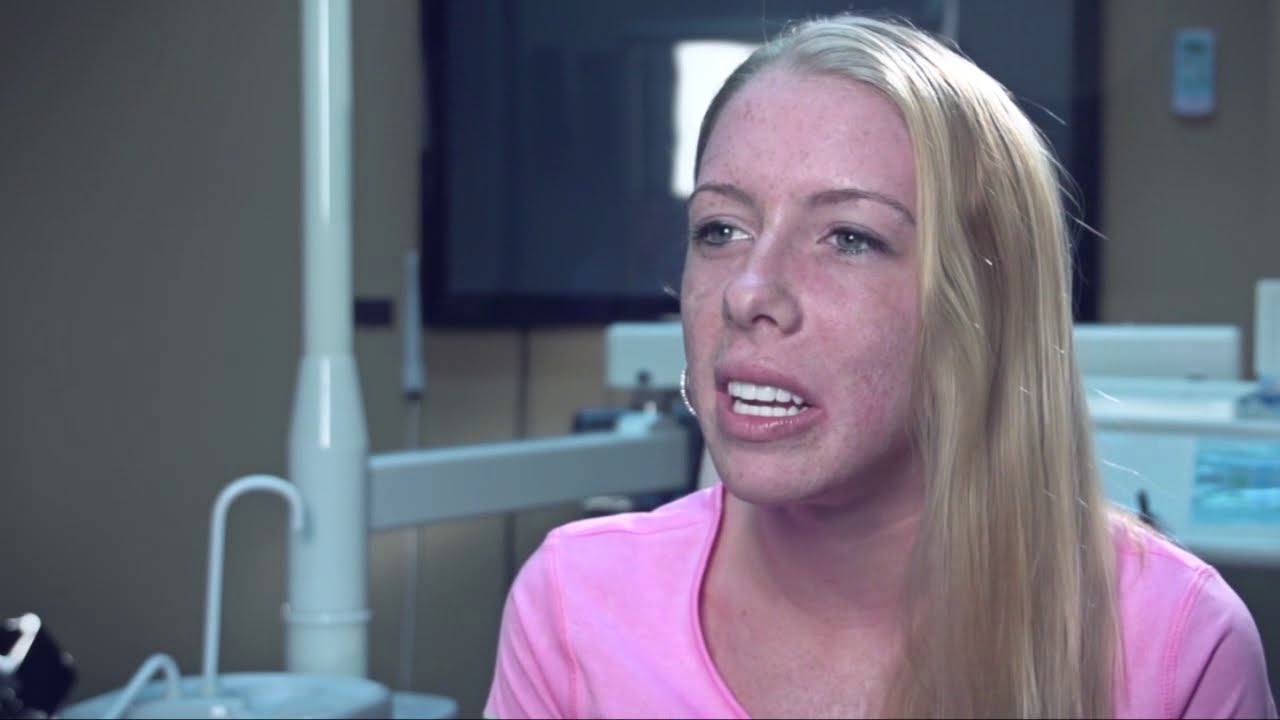 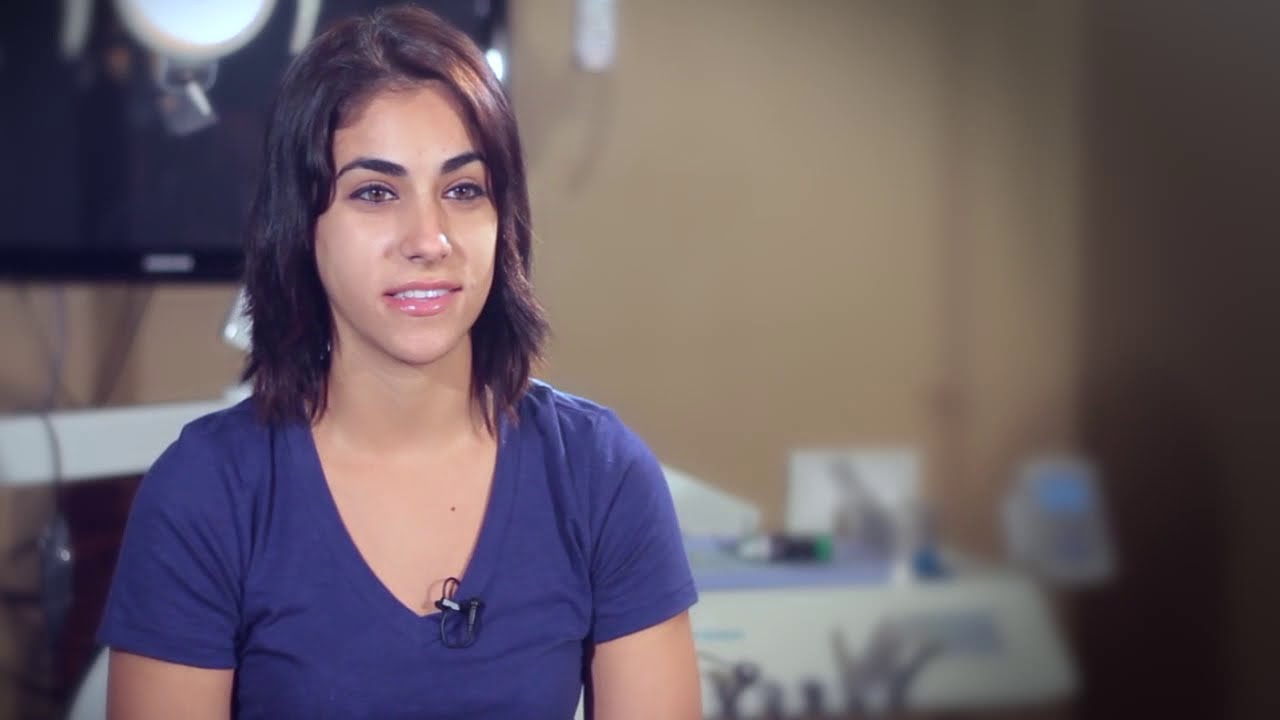 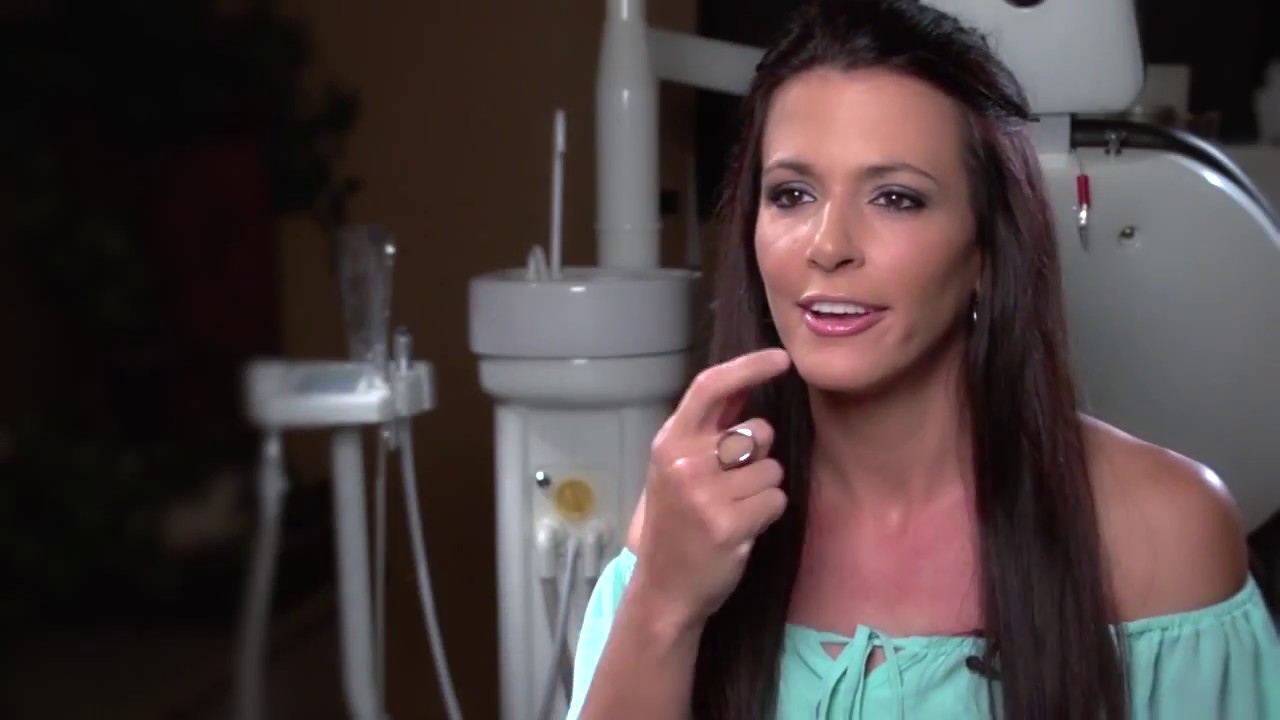 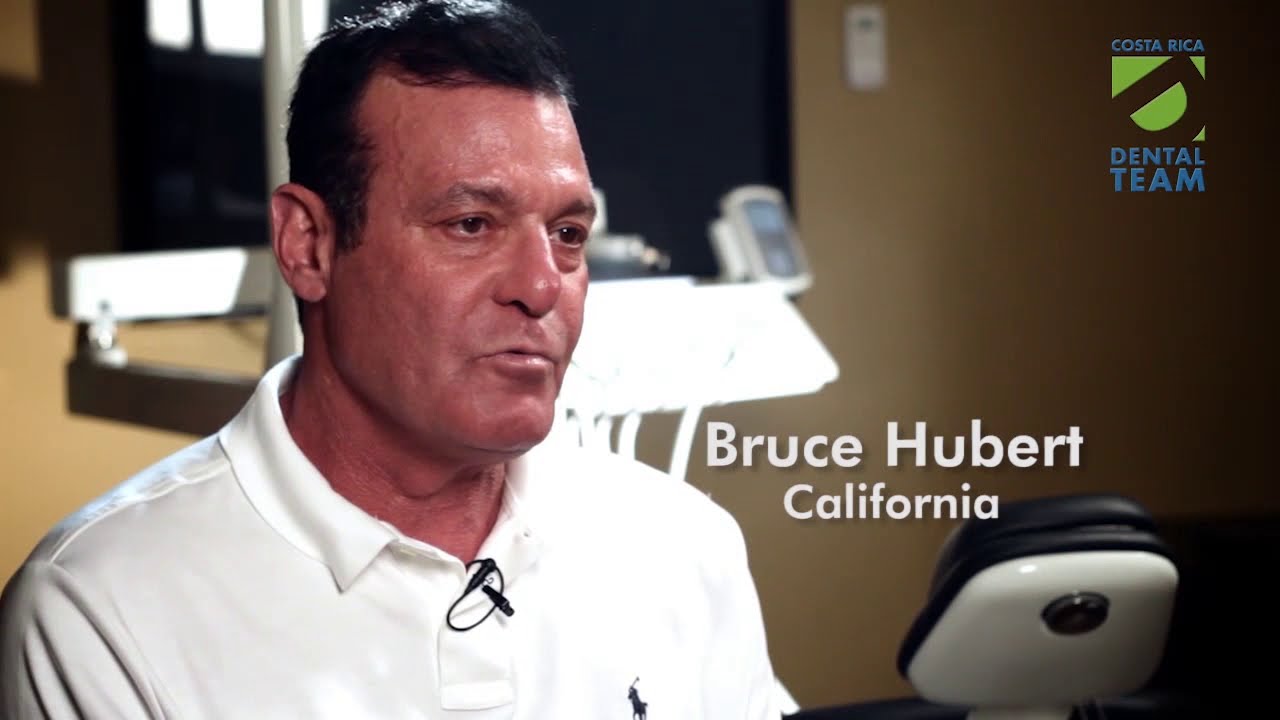 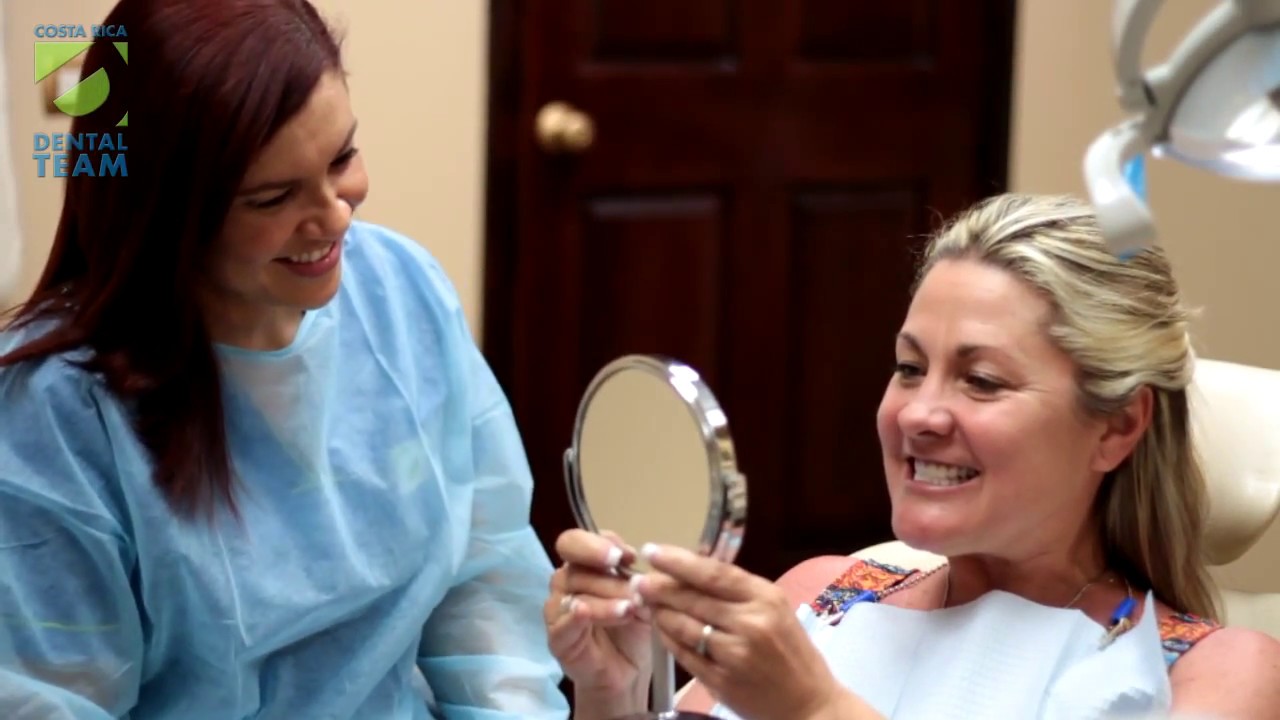 You have put together a remarkably sensitive and caring team and I want to congratulate you on that.

Thank you a thousand times for your professionalism, I will wholeheartedly recommend Costa Rica Dental Team without reservation.
Gerry Ahern
As the week winds down I want to extend my appreciation for all the work that has been done and the happiness it has brought Myrna. This is something she has wanted for a long time and going “overseas” certainly was not without apprehension but your hospitality and in- patient attention and care are unsurpassed based on Myrna’s previous experiences. I really cannot imagine doing anymore dental work with anybody else.

Once again thank-you very much for everything and rest assured that you will receive the highest recommendations to our friends, associates and on social media..

Cheers
Gregg Hall
First… how wise was I to choose to have you good folk work with me! Could not have done better. I am sure you appreciate there is some anxiety about choosing dental services at a distance. However, Costa Rica Dental Team does such an excellent job of presenting its services and the comments on the dental tourism blogs provide a good basis for forming an intuition. My best guess fell far short of the actual experience. You almost make dental work FUN!

I experienced absolutely no discomfort or pain following the insertions (good work and thanks, Alex).

Thanks and good wishes.
Robert Duckmanton

Get a free quote today!

At Costa Rica Dental Team, our goal is to give you a beautiful smile…and lots to smile about! Our name says it all. We believe that it takes a team to make you smile.